9 Signs You Have A Toxic Parent 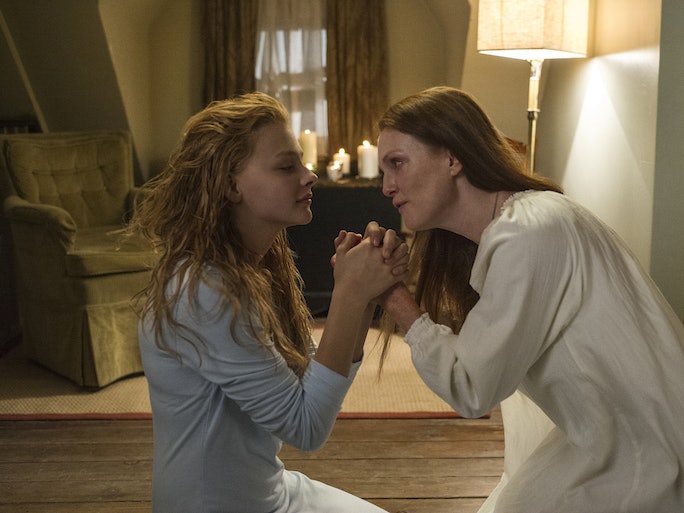 I have toxic parents. I have had to sneak out of a country in the middle of the night, endure hours of screaming about my selfishness and ingratitude, take ringers off phones, and install rules stating that another person must read my emails in case they contain something awful. I know it’s not my fault, and I’m actively trying to build a good relationship with my parents after years of this nonsense. But when I was introduced to Susan Forward’s famous idea of “toxic parents,” I recognized what was happening — and could take control of my own feelings and past. Labels have power.

Some toxic parent situations are fairly obvious. Physical and sexual abuse: ding ding ding, we have a winner. But others are less evident. Children of toxic parents (or primary caregivers) can dig in their heels and insist that everything is fine and their parents are excellent, often because they’ve spent so long making that argument to themselves and the world around them. Toxic parents can be intentionally malevolent, but more often, they’re just self-centered and don’t understand that their children have their own conflicting emotional needs and desires. And all parents slip up; one bad argument when you were 15 doesn’t make a toxic parent.

This is not an article where five out of ten adds up to toxicity. Rather, each of these aspects could be the defining one in your relationship with your parent, and could lead to the label “toxic” on its own. And remember: Toxicity can sometimes change into a reasonable adult relationship, if both parties are ready to work and change.

1. They Need You To Take Care Of Them

One classic toxic pattern in parent/child relationships — and these will largely be patterns, rather than one-off incidents — sees the parent asking the child to be their parent, and to fix and support them. This doesn’t refer to helping a parent if they’re physically disabled or getting them food when they’re sick; it’s a toddler-like demand to be cared for, mopped up, and cheered on — constantly.

2. Their Feelings Always Come Before Yours

In a non-toxic situation, the feelings of all parties are rated and taken care of equally. One kind of toxicity, however, means that the feelings of the toxic person always dominate any situation — usually because they’re the loudest and most volatile. Your own feelings are suppressed in trying to take care of them, calm them down, and soothe their emotions. If this sounds familiar, it was likely also a pattern when you were a child.

3. They Have Problems — And Ask You To Conceal Them

Another fairly common source of toxicity in parent-child relationships is addiction, and its corresponding denial and secrecy. Making a child complicit in the concealment of an addiction like alcoholism (“Nobody must know, it’s our family secret!”), while also subjecting them to its effects — embarrassment, isolation, the inability to trust a parent, a chaotic childhood environment — is a pretty toxic cocktail. This could also apply to their asking you to conceal financial problems, or to lie to other family members on their behalf.

4. They Control You Using Guilt Or Money

If a parent refuses to let you do something reasonable (move out, take antidepressants, go to therapy) because they control your purse strings, that’s toxic. Money can also be a threatening tactic; if you’re fiscally reliant on a toxic parent, they can threaten to take away that support if you don’t obey the rules. Of course, guilt is also a powerful control method, refusing to allow you to do something outside the lines without suffering a severe and very serious guilt trip.

5. They Refuse To Let You Grow Up

“You’re still my little girl” is kind of sweet, sometimes. It only becomes toxic when your parents actively resist you showing autonomy and becoming an independent entity. The line may seem blurry here, but this brand of toxicity means that you aren’t allowed to grow up. Your adult decisions are undermined, or you’re harassed until you change them. They demand the same level of control they had over your life as they did when you were small. Or they are extremely offended, puzzled, or aggressive when that’s not allowed.

6. They Don’t Recognize Your Boundaries

This is a fairly epic toxic element. The door you shut can be opened at any time, without knocking. The phone can be called at any point, regardless of your sleep schedule or work. They can say anything they want to you, in public or in private, and demand that you talk to them about any topic they like. And if you do assert a boundary forcefully, they react with anger, confusion, denial, or guilt tripping.

7. They Constantly Undermine You

Negging isn’t just for dudes in fedoras. In one particular toxic situation, it’s the defining characteristic of a parent’s treatment of their child. Small digs about vulnerable attributes — height, weight, academic achievement, basically anything — can be covered up as “jokes,” but they’re actually a way of asserting dominance and control over a kid, even when they grow up. And not liking or reacting to the jokes means that you, the child, are flawed for not “having a sense of humor.” Don’t buy it.

The “I’m fine” parent who sulks through meals, and who refuses to express their feelings except through oblique references, can just be a bit aggravating. But it can also be their way of maintaining a stranglehold on the family dynamic. Passive aggression is still aggression, after all — just expressed in a “socially acceptable” way. If your parent regularly gives you the silent treatment, that’s passive-aggressive, and toxic as well.

9. You’re Still Scared Of Them

Are you, in your adult life, with your secure job and your awesome friends, still frightened of what might happen if you disobey or displease your parents? Have you tried very hard to put yourself in a position where they can’t do anything to hurt you, your possessions, or your equilibrium? Do you get a shock of adrenaline when the phone rings showing their number? Congratulations: You’re an adult remnant of a toxic childhood.

The good news is that toxicity isn’t actually a death sentence. A toxic parent or caregiver may be willing to build a healthy relationship with an adult kid — one in which their own problems don’t dominate the landscape. And if you decide to have kids, you have the chance to change the pattern and become so non-toxic that you should be poured into the water at Chernobyl. It’s not your fault that childhood patterns still affect you so strongly, and the future can be different.

Previous Does Your Ex Deserve ANOTHER Chance? Ask Yourself These 5 Questions Next How to Properly Dose Discipline